Lise and I have been shooting a lot of Polaroids the last several months, using a Polaroid 100 Land Camera (shooting Fuji FP-100c and 3000b film), a Polaroid AF 660, and a Polaroid SX-70 Sonar OneStep (shooting Impossible Project film of various stripes, most successfully with the B&W 2.0). Being older folks, we have a nostalgic love of instant film cameras, but being photographers, we’ve also got a love for the technical side of it, too.

We had a stunning realization a couple weeks ago that our first picture together (below, November 1989) was actually a Polaroid taken at a photo booth at the Renaissance Center in Detroit, MI. 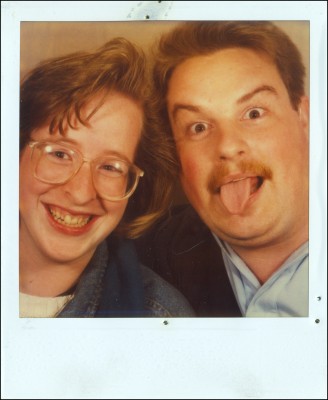 Part of the coolness of this was that our last (or most recent) picture together was also a Polaroid, taken a couple weeks ago here in Pensacola. 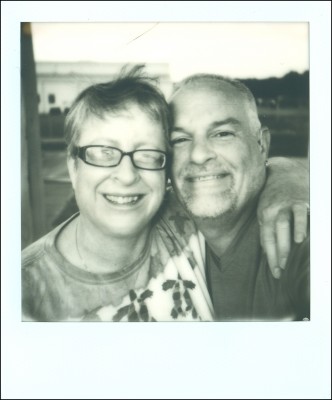 Lise was the first to notice this when she went to put the latest picture in her room on a shelf and saw the old one. I’d completely forgotten about that first shot, and it took us on a long, fun conversation about those first months together when we were dating.

Twenty-six years later and we look better than ever! 🙂

Here’s to many more years and many more Polaroids together!